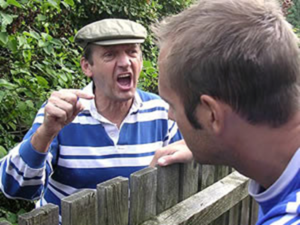 Lawsuits that end up turning into long-drawn court cases are extremely expensive with most of the costs that arise in the process going towards legal fees. For example, if an estate owner dies and the dependents start fighting over the estate in court, at the end of the court battle, most of the estate can end up being auctioned to cater for legal fees. Any dispute that goes to court will be very expensive and take a long time. Therefore, to get a faster and lower cost solution talk to an Auckland dispute resolution lawyer as soon as possible.

Some people do not know that legal disputes can be settled without either party setting foot in court. In fact, the courts encourage the use of alternative dispute resolution mechanism before a case is heard by a judge. If you are thinking of lodging a lawsuit against another individual, you can save yourself a lot of stress, time and money, and, still get the justice you are seeking by consulting a dispute lawyer. Often times, simply receiving a letter from an Auckland dispute resolution lawyer will halt the other party from taking further cation.

There are numerous routes for dispute resolution but the most common are one of four paths:

This is when two parties sit down with a single lawyer to discuss a situation. The lawyer can advise either or both parties if their claim is fair or acceptable in law. For example, divorcing couples may not understand child access arrangements or rights. A mediator can explain the legal position to help them reach an amicable outcome without the cost of going through lawyers.

This is when all parties submit their position to an arbitrator. The arbitrator or arbitration panel will consider all the evidence and then issue a decision. That decision is binding and enforceable in court.

What Are The Benefits Of Hiring An Auckland Dispute Resolution Lawyer?

Taking a case to court is extremely expensive and many courts have backlogs with cases before them. Using a dispute resolution lawyer will reduce the costs and more than likely produce an outcome far sooner than going to court. Even if the outcome isn’t as you would wish for, simply by not having the stress and pressure of a case hanging over and halting your activity can make life easier.

Legal proceedings also tend to break up a lot of relationships. This is because at the end of most legal proceedings, only one party usually wins. However, dispute lawyers usually strive to arrive at a solution that works for both parties. A dispute lawyer can therefore help you salvage your relationship with the individual you are looking to sue.

A Guide On How To Find A Top Dispute Lawyer

Ideally, you should look for a dispute resolution lawyer who meets the qualifications listed below.

The easiest way to find someone who fits the bill is to search online. Alternatively, you can ask friends or colleagues if they have worked with a lawyer for similar circumstances.

Sometimes a lawyer will advise accepting an offer which looks to be to your disadvantage. This will be because the time and costs of taking the case to further levels will be too expensive and unlikely to lead to a better outcome for you. The lawyer is not going to be disadvantaged since you will be paying for their time so if a solicitor does suggest this, then it is most likely that this is the best outcome you are going to get.

Ignoring or trying to resolve a dispute on your own are two poor options. Hoping it will go away is unlikely and trying to resolve a situation can leave you exposed or in a much worse position than you need to be.  Talk to an experienced dispute resolution lawyer in Auckland who will be able to suggest a good path and hopefully avoid the massive cost and time of going to court.  A dispute lawyer will have worked on many similar cases and will have a much better idea of the law and likely outcome. Listen to them.

To help with any disputes you may have, McVeagh Fleming in Auckland can help. You can get more details here.

Instances Where You Require The Services Of South Auckland Disputes Lawyers 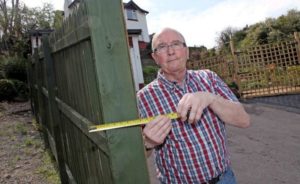 Under normal circumstances, people’s view of having a lawyer is expensive. Most characters don’t understand the vitality of having them on speed dial until they have a predicament that requires legal attention. Law is a broad subject divided further into various topics to suit every available matter that people could be having. There is no single lawyer who can address all issues, thus requiring specialisations for unique needs. One of those is when people need to talk to South Auckland disputes lawyers.

The professional to come to your aid in such a case is called a personal injury lawyer. Personal injuries occur due to the negligence of second or third parties. In this case, the first step is to file for compensation for your losses. The range of losses could vary widely, depending on what happened. Although it seems a short process, there are many legalities that only a lawyer can understand. You have to make that call for them to assess the situation. Going on without info can result in more losses or worst-case scenarios; you could underestimate your claim. Examples of such conditions include motor vehicle accidents, pedestrian accidents, dog bites, and slip injuries in buildings without proper signage. The lawyer will work tirelessly to ensure they restore your physical, financial, and emotional interests. If any of these happen to you, look for one of the South Auckland disputes lawyers.

Although people hope to live harmoniously without conflicts, the issue of family disputes cannot get evaded. Such problems could occur between siblings, spouses, and even extended family members. The cause of such difficulties usually is factors like wills, separations, and divorces. Imagine a situation where you are going separate ways with your patter due to irreconcilable issues. If you have children, the lawyer will advise best on who among you go with them. Other elements, like child protection or visitation rights, will also arise. The issue of wills always brings quandaries when one feels they were not an awarded property legally. Also, you will need assistance with a lawyer before writing the documents. Additionally, if the spouses are opting to have a prenuptial agreement, the professional will guide them to ensure both parties get adequate protection from the law.

Getting A Wrongful Job Termination

Most people who suffer job losses do not bother about looking into the aspect since they assume it was their fault. It is even worse where you have limited information about how the law favors you in such a case. However, the dismissal could be wrong; thus, you stand a chance to better treatment. Seeking service from a lawyer would help to get you enlightened about what is in store. The possibilities are that you could sue your employer for this act. However, the lawyers will have to go through the employment contract to ascertain that the employer was wrong. They will then take you through a step by step process on how to approach the matter.

Do not make an assumption and take liability for the case where you legally suffered losses, yet you have an opportunity for fair treatment.

One of the South Auckland disputes lawyers you can consider is McVeagh Fleming in Manukau. www.mcveaghfleming.co.nz